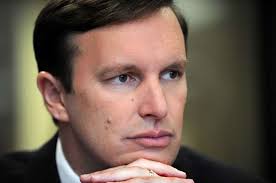 Connecticut Senator Chris Murphy has called the segregation of schools in his state “unconscionable” and he has proposed a bill in an effort to change it. Murphy cites that 19 percent of the schools in Connecticut where nearly every student comes from a low-income family are located in Hartford, even though the capital city only houses 4 percent of public schools.

If you look at a state like mine, you see unconscionable levels of racial and economic segregation,” Murphy, D-Conn., told reporters Tuesday during a conference call with U.S. Education Secretary John King Jr. Murphy unveiled a bill that would allow school districts and states to apply for a $120 million pool of grant money to study and implement ways to diversify.

The statistics are staggering. According to the Connecticut Mirror:

In Bridgeport, the percentage of minority students in public schools has risen progressively from 51 percent in 1968 to 91 percent in 2013. In New Haven, it’s gone from 43 percent to 85 percent.

Murphy had this to say about a recent school visit:

I sat with some of the student leaders who were completely and totally conscious of the nature of their education. They knew that they were being robbed of an experience that other students in Connecticut benefited from,” he said. They felt that it was totally intentional, and there is no way to read the increasing isolation of high-poverty students and minority students other than it’s the result of intentional decisions made by policymakers.