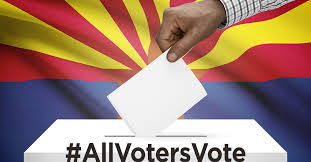 As a Black mom, an active voter and for the most part, a supporter of the Congressional Black Caucus (CBC), I was very disappointed to read that the CBC opposes changes in the Democratic Party platform – namely calling for open primaries — because they fear “that allowing independent or Republican voters to participate in Democratic primaries would dilute minority voting strength in many places.”

Does this mean that the Congressional Black Caucus opposes full civic engagement of all registered voters within the local and presidential primary process? Based on the discrimination that black people have and still face, should a citizen’s race, income level, gender or political party affiliation ever matter— in their right to vote?

Is the CBC aware that 50% of all millennial voters are independent and that 30% of African Americans between the ages of 18 – 25 are independent voters as well? If the CBC has their eyes on the future of our nation and if they want to represent the best interest of Blacks and marginalized communities across the country, they need to pay attention to the trends in voting. Our young people — like a growing number of Americans of all ages and races — are angry about party partisanship because it impacts their quality of life. And the ways we are coerced as voters to put theparty’s interests over the people’s interest time and time again, is quite frankly irresponsible and lacks leadership that is focused on sustaining the Democratic process.

Now, in the midst of constant party fighting and the influence of big money campaign donations which are clearly not in the best interest of hard working Americans trying to find affordable housing or just making enough money to put food on the table to feed our families, the CBC wants the Black and marginalized community to choose “politics as usual” over the best interests of our communities! They can’t possibly believe that the main concern of Black voters, poor and/or marginalized communities is whether our constitutional rights will be compromised if we exercise our right to be free of partisan politics by being independent voters?

The CBC wants us to believe that democracy in America for Black and marginalized people will be affected if we don’t continue to put our trust in this two party system? It’s already affected, and not necessarily in a productive way. If history serves me correctly, it’s because we blindly trusted one or the other party that Black America is “Locked Out of Education, Jobs and Justice” as the National Urban League outlines in the 2016 State of Black America report.

For example, the many barriers that Black families face in the United States begin in the early childhood years. They can have long -lasting effects. Educational outcomes among Black children in certain states were identified by the Annie E. Casey Foundation as worse than the average for Black children nationwide. Does the CBC believe this is because of a person being an Independent Voter or is it the direct result of centuries of systemic segregation and discrimination?

I live in the state of Connecticut, the wealthiest state in the nation, yet we are identified as one of ten most segregated states in the country. Does CBC believe this exists because people choose to be independent voters?

Connecticut is home to a relatively high number of highly segregated metro areas, according to an analysis of 2010 Decennial Census data by Brookings Institution’s demographer William Frey. All three of Connecticut’s metro areas — Bridgeport, Hartford, and New Haven — are also among the 30 most racially-segregated in the country. In addition to living in different neighborhoods, black state residents are far less likely to own their home. The nearly 41 percentage point gap between black and white homeownership rates — 35.0% and 75.8% respectively — was among the worst in the nation. Similarly, the state had among the worst gaps in other key measures of social outcomes. Just 19.2% of black residents had at least a bachelor’s degree, versus 39.7% of the state’s white 25 and older population. Further, Connecticut had one of the largest disparities in incarceration rates in the nation, with black residents 9.38 times more likely than whites residents to be incarcerated. (http://247wallst.com/special-report/2014/12/09/the-worst-states-for-black-americans/4/ )

When I became of voting age, I registered as a Democrat. I don’t remember why, but I assume it had something to do with the fact that many Blacks are expected to vote Democrat just because (sigh). We all were young once. When I became a parent, I quickly realized the infrastructure that governs education and access to opportunities that may lead to economic prosperity, is all about the politics. I knew, if I was going to achieve some of the “American dream” for my children, I would need to learn the rules in this game of elections and politics as a whole. Especially as it relates to public policy that impacts safety, economics, education and the overall well-being of children. As a result, I began to question why do I choose to stay in a party when much of our oppressive policies stay intact because of party partisan “messy” politics. I questioned why was I voting for the “whole Row A or B” because the party leadership said so? Why wasn’t I doing my research about the individuals that were asking me to vote for them? It was at this time that I said I must vote my conscience which in turn led me to become an independent voter that chooses the rights of people over party politics.

As patriotic Americans, we paint the picture that teaches our children that you must belong to the two party system, even if they fail to do what is in the best interest of the American people, especially black, poor and marginalized communities that often get overlooked by way of equity and justice! This makes no sense, in fact, it can be dangerous when their infighting and obligation to big money campaign donations usually result in bad public policy. Such as unjust education laws that force parents to keep their children in unsafe and severely low performing schools or the fact that big money campaign donations control Gun laws in America, just to name a few.

Historically, for women and black people being denied the right to vote was seen as a human rights issue. For Blacks it was and in some instances, still is, a brutal time in history. Many died on that journey for the right to vote. Black people didn’t fight and die to be overlooked by party politics. Our ancestors fought and died for all of us to have the right to Vote for the best person to represent the needs of our families and our communities, not for someone to be able to influence public policy with big money. When that happens the rights of blacks always seems to erode.

The days of those, running for public office, taking advantage of the voice and vote of the voter are over. In some accounts, it is estimated that over 30 million Americans were denied their constitutional right to vote in the 2016 presidential primaries because they were independents voters!

When lawmakers do not put the educational interest of our future workforce or the safety of the country as a whole before the needs and egos of party politics, it then becomes paramount to push back against archaic laws that disenfranchise over 41% of the electorate in the presidential primary – It is time for the hard working voters in America to change the rules of the game and demand open primaries to allow all registered voters to participate in the voting process, regardless of party affiliation.

The bottom line is this, regardless of race, income level, gender, age or party affiliation, it is time to expand the traditional voting rights agenda and allow all registered voters to participate in the civic engagement process. This allows for an organic democratic process. And for those running for public office, you must actually work to earn the vote of the American people and not assume you will be voted into office because of your party affiliation or name recognition.

CBC, please do not make these types of decisions based on the candidate you chose to endorse. Your constituents need you to protect the Constitutional voting rights of the people versus just standing with the party for the party’s sake.

In Connecticut, we have created Independents Voters of Connecticut (IVOCT), a people’s first community organization focused on building a collective voice of empowered and informed voters. IVOCT strives to reform Connecticut’s political landscape to encourage voting for the person over the party. We are not a political party. We are, everyday citizens, of all races, ages, gender and income levels, building an inclusive community for unaffiliated, independent voters and independent-minded voters. We firmly believe all states must have open primaries that include all voters at every step of the political process. We believe including every registered voter fosters civic engagement and personal responsibility and accountability.

Connecticut independent voters, like many independents across the country, are taking this Moment in time to build a Movement.