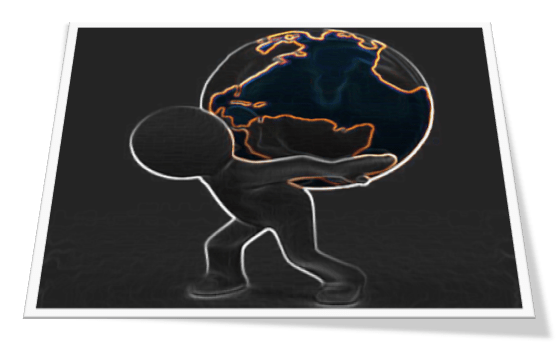 Who knew that these successful Connecticut Black and Hispanic lawmaker’s life success had “nothing” to do with the great teachers, role models and family supports in their life combined with their hard work and commitment to getting an education and serving their community?

If you are scratching your head saying huh – what in the world is this mom Gwen Samuel talking about? I would say “that is the right response” because common sense folk know that just sitting next to someone of a “certain” race doesn’t translate to academic and life success! Yet, in Connecticut and other states across the country – forced integration is now the double scoop education flavor of the month – again.

This time around, forced integration is not to ensure equity and justice in education for Black and Brown children (as if there was ever such a thing as equity and justice in public education for Black children in America), but to, in part, dismantle successful school choice models that serve majority Black and Hispanic kids, such as charter schools in Minnesota. It is clear. forced integration is part of the status quo’s larger strategy to reduce all forms of education choice for Black and Brown parents and students desperate for safer and more quality educational opportunities to meet their child’s individual academic and life needs.

Dr. Howard Fuller says what many Black parents think in a blog entitled The Argument for a Return to Black Schools, “As racial separation in U.S. schools becomes more pronounced in many places, as hate crimes against minorities increase in schools and communities and as the U.S. president defends White supremacists, Fuller takes issue with other education advocates and Black leaders who say racial integration is the solution.”

So, here is the million dollar rhetorical question

Are there superior and inferior races in public education – especially in Connecticut Magnet schools?

If one were to allow stereotypes and pre-judgments to cloud their decisions, as do many lawmakers throughout Connecticut and the country, then the answer would be a resounding – yes.

Now some of you who “blindly” trust lawmakers because you took a picture with them or support their political party affiliation will say – my lawmaker does not stereotype or prejudge, he/she just luvs erbody. I would then have to answer, to the contrary, with “receipts” about the 1997 Sheff v. O’Neil law. Connecticut lawmakers voted to pass a racial quota law that implies Hartford Black and Brown children are so incapable of learning that they must have white children sitting next to them in a classroom in order for a Magnet school in their neighborhood to be deemed quality. Let that sink in!

Furthermore,  to add more injury to this insult, the law was expanded to the whole state in 2017 and if the quality magnet school doesn’t meet these unjust racial quota requirement they can be fined upwards in the amount of $100,000, lose additional funding and lose their Magnet school status thus turning back to a regular ole neighborhood school filled with inferior Black and Brown students. Your “saviors” of Black children passed this unjust and unconstitutional law – not my Savior (with a capital “s”)

So please tell me again champions of forced integration efforts, how is this unjust statewide racial quota 2017 law and these school punishments NOT perpetuating prejudgements that Black and brown children are inferior and white children are superior.

Why can’t lawmakers and other decision-makers hold all public schools accountable to ensure they are safe and high quality – regardless of the neighborhood demographics?

Sadly, I have to come to the conclusion that these racial quotas that discriminate by race are not an unintended consequence as I first believed. This was deliberate and supported in a majority by lawmakers – even the lawmakers that look like the very Black and Brown children in need of protection from racial discrimination.

This whole notion that “forced” integration efforts, to include busing children for hours all over the state, to help Black and Brown children learn through an “osmosis” process of sitting next to white children, is why Hartford Black and Hispanic parents  Robinson v. Wentzell and the Connecticut Parents Union v. Wentzell  is in court suing against these unjust racial quotas’ laws!

I know we ain’t gotta say it, but I will!  We as Black and Brown parents actually believe in our children’s ability to learn through safe, quality and educational opportunities – to include homeschooling. Most parents of various races and socio-economic backgrounds believe busing Black and Brown children all over a state protectionto seat them next to a white child for the mere sake of integration is not in the best interest of Black and Brown children. Plus many majority white towns don’t want our Black and Brown babies in their schools anyway – let us just keep it 100%. To be quite frank, NO parent should send their baby to a school where they are not wanted. That alone is inhumane and cruel and every type of trauma to your child – racial, physical, social and emotional.

Why Busing Didn’t End School Segregation “The other thing that happens is busing placed a tremendous burden on black students and on students of color. In most cases, they were the ones that were asked to travel to the suburbs, travel sometimes to hostile neighborhoods. For many parents, that simply isn’t worth it after a number of years.”

Integration—We’ve Been Doing It All Wrong  “What if, in the wake of the U.S. Supreme Court’s Brown v. Board of Education decision in 1954, segregated white schools were required to admit not only Black but Black faculty and administrators as well? When segregated white schools finally addressed integration, they did so by dispersing Black students among several white schools, and generally shutting down the Black schools they came from. Black teachers and principals were often left completely out of the integration process, and black students lost a critical support group during a difficult period.

In reality, however, America did something quite different. Brooklyn Dodgers general manager Branch Rickey sought out the talent and personality of Jackie Robinson. The Little Rock NAACP was forced to find the Little Rock Nine to push Little Rock Central High School toward integration. Individual homebuyers or renters were sent into sometimes hostile neighborhoods in the name of integration.

In reality, the burden of integration was always on black people.”

This is why “forced” integration” in Connecticut schools or anywhere else in this country should be considered unconstitutional because the 14th amendment provides equal protection to all, yet Black and Brown children are clearly not equally protected in the majority of public schools in America.

Why don’t forced integration zealots talk about how forced integration devalues the critical roles of diverse qualified and committed teachers,  safe,  welcoming and culturally responsive school environment that should value all students regardless of their This includes valuing the parents, regardless of their educational and socio-economic level.

As a Black mom, I say to every parent, especially all Black and Brown parents, this is where you come in big time! If a school behaves as if you and your Black and Brown children’s value is contingent upon their proximity to white children or other classes of people– show them how much you love your baby by fighting for another educational opportunity to include homeschool. This will send a clear message to the status that no one has the right to treat our children as if they are inferior to someone else because of their race, socio-economic class or religion – period – no gray area – end of story!